1964: The Great War, made in association with Canada's CBC and Australia's ABC, uses archive footage and servicemen interviews over 26 programmes, setting the standard for future war documentaries.
2003: Just over two years after being revived by Carlton Crossroads ends for good, with the whole show revealed to be the dream of a supermarket worker (Jane Asher, who played hotel boss Angel) with her colleagues as customers and other staff.

Newsnight covered the changing face of election campaigning today in 1983, during which Robert Harris swarmed around the Prime Minister.

The success of Just Say No earned the Grange Hill cast a trip to visit Nancy Reagan in 1986, and a week after the trip Newsround Extra showed what they'd been up to.

Sylvester McCoy appears nonplussed, understandably, by the hosts of It's Wicked! in 1987.

Email ThisBlogThis!Share to TwitterShare to FacebookShare to Pinterest
Labels: on this day

Even more of this kind of thing over on Twitter 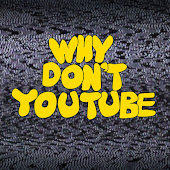